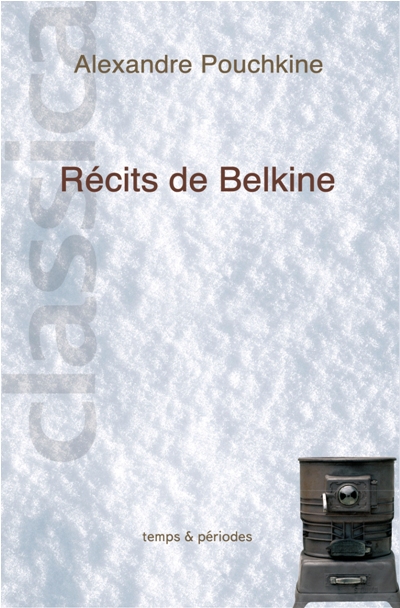 This collection of short stories is comprised of five ‘tales’, each written in a different style and with an independent story line, but which together form a harmonious whole. Pushkin’s prose is no less poetic, light and masterful than his verse, and his Tales of Belkin are a stunning display of narrative and stylistic virtuosity. These short pieces combine realism, suspense, playful mystery and literary parody for the reader’s greatest enjoyment.
This is quite possibly the most beautiful and limpid piece of prose in the entire corpus of Russian classical literature. It has remained a standard of brilliance and balance for virtually every Russian writer who followed: a kind of tuning-fork by whose pure sound the value of subsequent prose was measured.
The Tales of Belkin were written by Pushkin at the same time as the Little Tragedies, the final part of Eugene Onegin and a number of major poems, during a remarkably productive creative period in the autumn of 1830, the so-called ‘Boldino autumn’. According to Vladimir Nabokov these were ‘the first short stories written in Russian, to possess permanent esthetical value’. Melodious, simple and captivating, they nonetheless conceal extreme poetical density: each of them can be read as a complete drama en miniature, yet each of them is inscribed in an ironic ensemble with multiple meanings – a fanciful play with literary conventions, genres and clichés.

The Tales of Belkin, as their title suggests, are short stories written by a certain Ivan Petrovich Belkin and presented as episodes from real life he himself witnessed. Five tales (‘The Shot’, ‘The Blizzard’, ‘The Undertaker’, ‘The Station Master’ and ‘The Lady Peasant’) are preceded by a brightly parodic ‘Editor’s Preface’ which is a tale in itself.

Unbelievable but true: while legitimately known in France as the emblematic Russian poet, Pushkin is virtually unknown there as a prose writer. This is a pity, for the style of his prose is not only superb but remarkably contemporary: it could almost have been written today. Published in 1831, this text is often considered to be one of the first foundation texts of Russian literature, which has in many ways ‘shaped’ the prose of the great writers who followed.
Besides, the case of Pushkin is nearly unique in the history of European literature because of the quasi mythical significance of his work for Russian literature. It is perfectly possible to envisage the study to study the literature of any given European country without sustained reference to a single author (with the possible exception of English literature and Shakespeare); it is impossible to study the great Russian writers without constantly referring to Pushkin.

‘The paradoxical combination of classical rigour with nearly post-modern polysemy confers everlasting appeal to this work. The new translation aims to convey to the French reader both the formal harmony of Pushkin’s prose and the variety of echoes and intertextual references that are woven into his text.’

Alexander Pushkin was born in Moscow in 1799. He was a poet, a novelist and a playwright, open to Romantic influence,

but totally free in his formal and thematic choices. He was the first to liberate Russian literature from its dependency on European norms. His precocious poetic talent was acknowledged by the leading poets of his time as early as in 1814 and quickly gained universal admiration. He was killed in 1837 in a duel, leaving an exceptionally varied and rich corpus of writing.