Time is the best Judge... 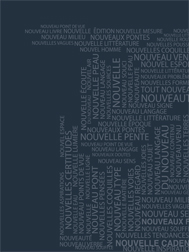 In the world of today the artist no longer creates for his own country. The writer no longer writes within his own language and his own culture, merely hoping to be – one day – read and understood by a wider audience. He writes for the world. And yet we must face it: as far as one can judge at such short sight, the number of contemporary texts in the entire world destined to become tomorrow’s classics is remarkably small.

We wish to restore the prestige of the great texts of classical Russian literature and present in a new light works that contemporary authors themselves recognize as being a universal source of inspiration. We shall present to the public literary, philosophical and documentary works of universal significance, classical and contemporary, first from Russia, then from Europe and the world.

You can purchase our books directly from our web Site directement sur ce Site.
At the moment zero-cost delivery in European Union!