The Stars’ Sicknessor the Ripe Years of a Misanthrope 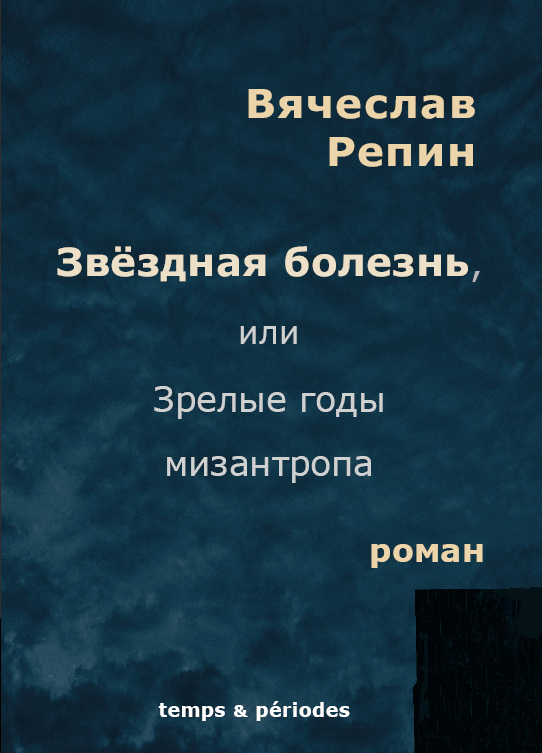 “The Stars′ Sickness or the Ripe Years of a Misanthrope”, 1999 & 2012, was written in France between 1990 and 1998 et was a major surprise for the critics. It was unusually wide-ranging (130 chapters, 1 200 pages), looked at the inner reality of the Russian culture from an unexpected distance, and, furthermore, was entirely at odds with the postmodernists who were then widely popular in Russia.

The Moscow literature magazine «Novy Mir» was the first reader of the manuscript written in Russian. The editors of the main literary magazines of Russia were unanimous: for the moment it did not exist in Russia's contemporary literature equivalent texts to «The Stars’ Sickness...» in its writing and its opening on the outer world.

One of the most important Publisher House in Russia, Terra Publisher, decided to publish the book in autumn 1998. The publication was delayed because of the default of 17th August in Russia. The book appeared only in January 1999.

The first Russian edition of  “The Stars’ Sickness...” was published by Terra Publisher, 1999, Moscow, (paper version).

The novel has been chosen to figure in the competition for the Russian Booker Prize.

“The Stars’ Sickness...” has not yet been translated into English.

The novel includes 4 parts, a prologue, an epilogue and a diary of the principal character. The main theme is formed by three narrative lines. The story of the life of a French  lawyer with Russian lineage. The destiny of a French  middle-class family. The juridical case of an ex-legionnaire which reflects the social situation in France and in Western Europe today. The action takes place in France, Russia, United States and Africa. Written in a classical and realist manner, the novel talks about the eternal existential problems in the context of the contemporary world, which at the end of the century  are quite as vital as before.

The Russian critic treated the book with enthusiasm and some contradiction, partly surprised by the rupture of the author of “The Stars’ Sickness...” with the dominating conjecture of today's Russian literature, partly offended by the fact that a book of that quality was written out of Russia.

Vyacheslav Repin, of Russian extraction, has lived in France for over twenty years. He has written novels, 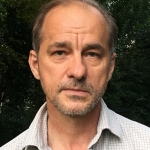 short stories and philosophical essays, and stands out among the writers of his generation by his deep attachment to the classical texts of Russian literature, and by his endeavour to re-invent a meaningful modernity. Having chosen France as his second homeland and second culture entitles him to a special place. His writing choices (he writes in both languages) and his thought (he positions himself as a ‘bridge between the world of East and the world of West’) make him an author beyond the norm...

«I shall begin with what normally people finish — from the main accent: we have possibly before us one of the most interesting text and most important work of these last years.

Written in a genre, a tone, and from a corner which requires the existance of truth and prefers to ignore paradoxes, the book is thoroughly paradoxical. First because this contemporary novel tends to ignore acceptance, methods and styles of thinking characteristic of the literature of twentieth age... That novel with a russian motif, nearly demonstratively affiliated with the «greater» russian classicist — where deeper, serious, than cans be in actual stylisations, remakes or beside «local literators-patriots» — was created not in Russia. This would be at last not so significant: the author is russian, and emigration is not a schisme... If it was not that well-marked feeling, pursuing with the first reading pages: as once in Russia today there is nobody for writing such sort of texts, there is no context to permit it, but main — there is no matter able to produce anything comparable. ...»